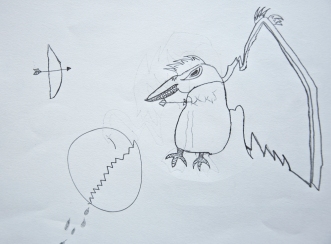 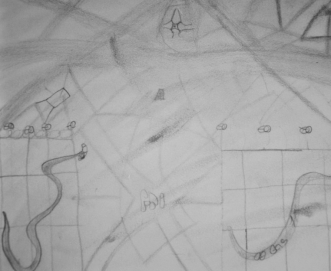 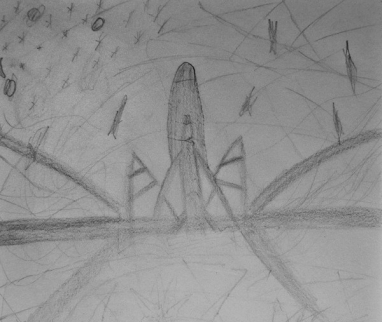 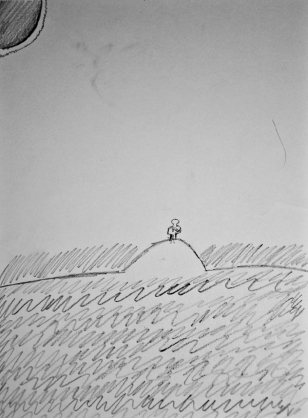 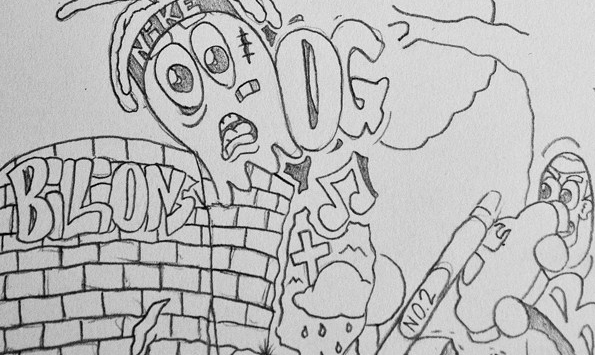 In this class we went over basic color theory, and color mixing. For some it was the first time working in paint. They were given the choice of color pencil, and paint. They worked very well on these, each one deciding the content and composition. This is a portion of their efforts that day. I had thirteen students. Some of the work had to be omitted due to the artists using the first and last names of themselves, or loved ones as the center pieces of the work. 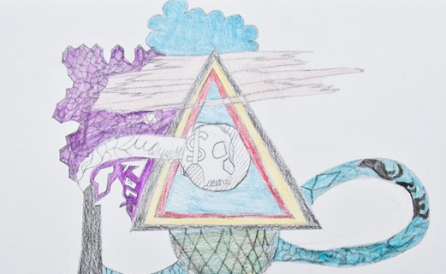 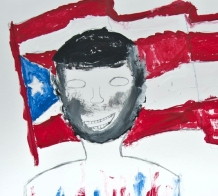 A lot of the young artists at the DJJ have been asking me how to draw specific items they have trouble rendering themselves. I decided to use a grid exercise to help them “see” while drawing. The idea is that they use their own style to draw but if they feel like they need guidance with the rendering they can use their reference image that is put into a grid to guide their drawing onto the papers that were also put into a grid. Most used it at first then began to draw from their own intuition. They were very excited about their drawings! 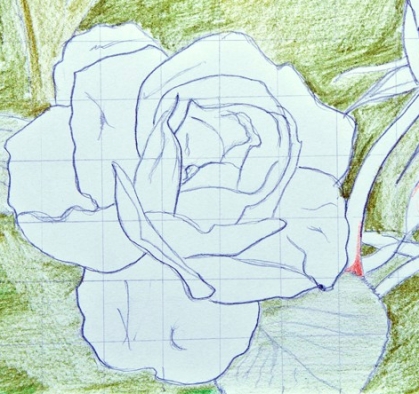 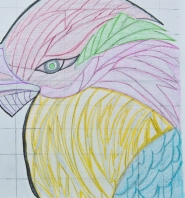 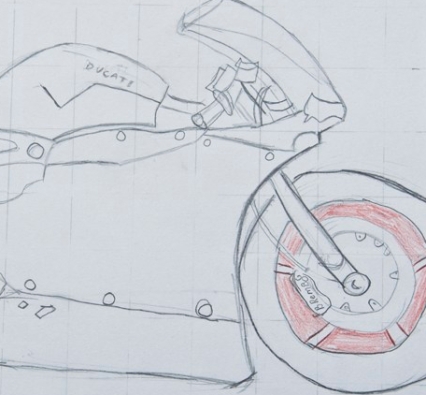 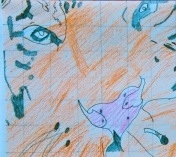 This project combined a lot of techniques and materials most of the boys had not ever worked with. In the future I would make them separate studies for the sake of time, but they did a fantastic job asking questions and attempting to use all three in their finished product. It was a large group this class around 16 young men who participated. Class size and students vary from session to session due to the transient nature of the DJJ facility, so projects need to be completed by the end of class.

There were three parts to this assignment: collage, transferring the collaged image, and watercolor. The goal was to expose them to new technique and materials. A lot of the students tell me they can not draw and are hesitant to participate at times.  The collage and tracing element got the group interested in the session regardless of “skill” level, enabling the student to focus on using their imaginations to produce the final image.

These are a few of the in progress or finished examples: 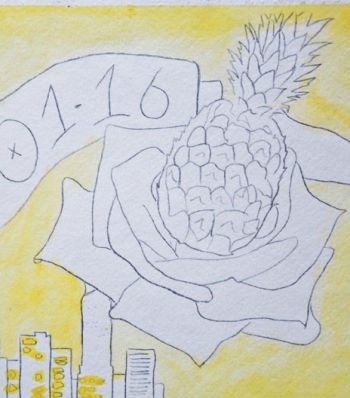 Sometimes the students need a visual cue to help them begin to exercise their creativity in a visual mode. Flash Art is very popular with a lot of the young men, and women in the DJJ due to it’s imaginative juxtaposition of images, vibrant colors, and cultural significance. I gathered a range images from popular flash artists and let the students choose which one would inspire them to recreate their own rendition. 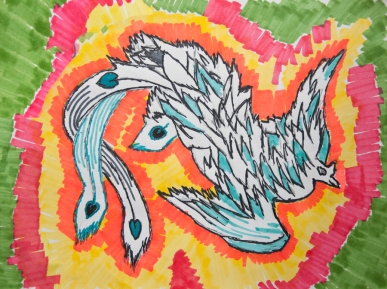 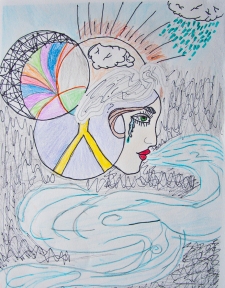 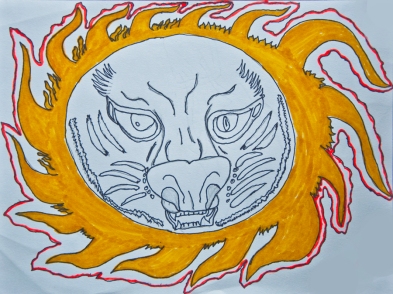 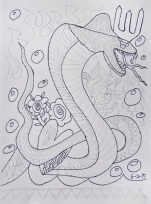 For this project the goal was to learn basic color mixing using only acrylic paint as our medium and to push the boundaries of imagery I have been seeing in the students work at the DJJ. I did not give out any photo references this class for inspiration and instead showed them a series of abstract art work. We talked about what elements might make a well thought out abstraction, and I encouraged them to use as many colors as they could mix in their paintings. 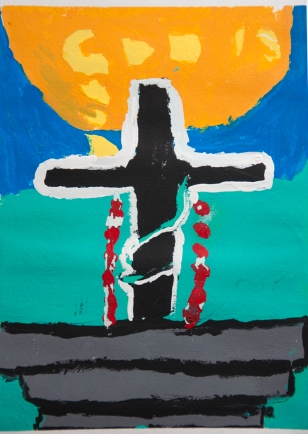 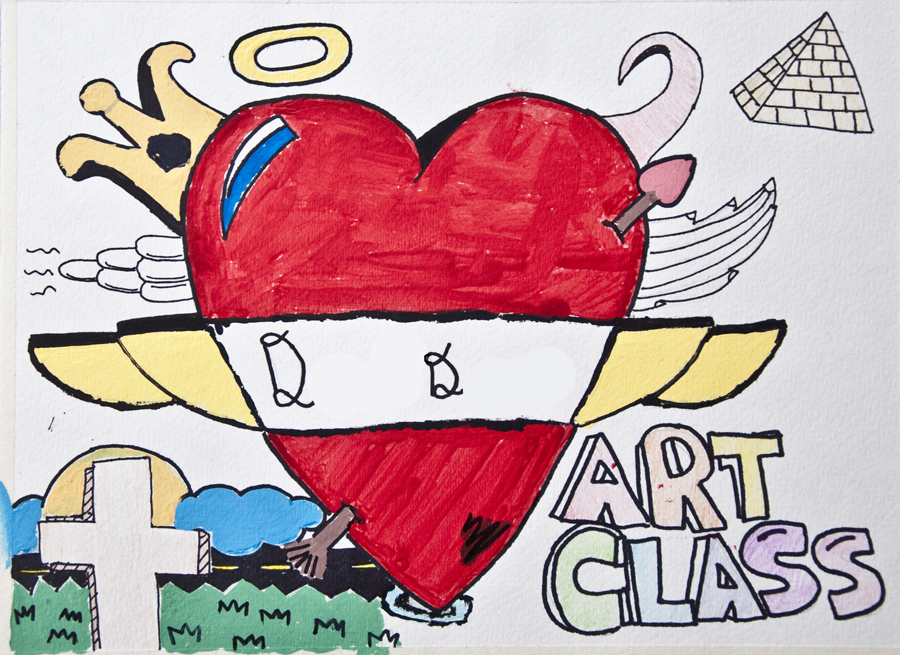 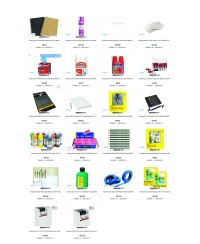